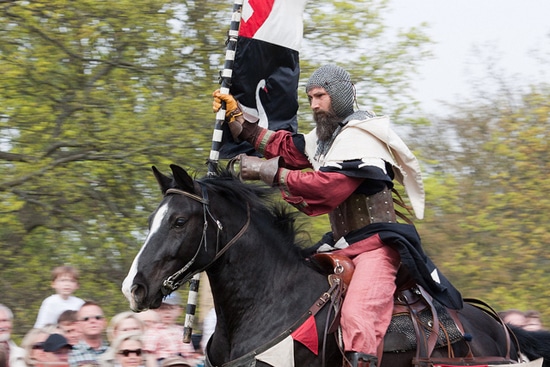 Researchers have been exploring the remains of a medieval stable located near a castle in the southeastern part of the Czech Republic and learning about the care of horses in 13th century Central Europe.

1. What years marked the beginning and end of the 13th century?

2. How many centuries ago was the 13th century? 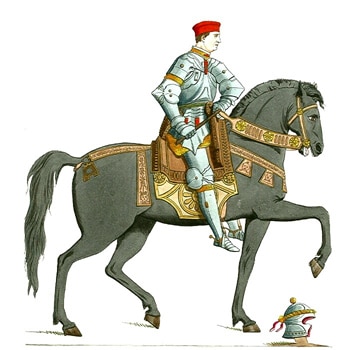 In European history, the Middle Ages, or Medieval period, lasted from the 5th to the 15th century. Horses in the Middle Ages differed in size, build and breed from the modern horse, and were, on average, smaller. They were also more central to society than their modern counterparts, being essential for war, agriculture, and transport.

There is dispute over the size of war horses during this time, with some historians claiming a size of 68 to 72 inches, as large as a modern Shire horse. 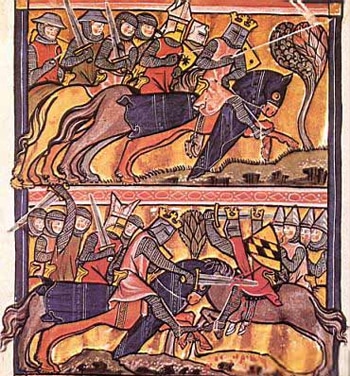 This 13th-century manuscript shows an approximate height of the medieval horse at the time, note the knights’ legs extending well below the horses’ barrels.

Others say no, the horses were smaller. They looked at existing horse armour located in the Royal Armouries in England and feel it indicates the equipment was originally worn by horses measuring 60 to 64 inches, or about the size and build of a modern field hunter or ordinary riding horse.

4. What is this height range in hands?

Further evidence for a smaller size war horse is that it was a matter of pride to a knight to be able to vault onto his horse in full armour, without touching the stirrup. This arose not from vanity, but necessity: if unhorsed during battle, a knight would remain vulnerable if unable to mount by himself.

Perhaps one reason for the belief that the medieval war horses had to be as big as a Shire is the assumption that medieval armour was heavy. In fact, even the heaviest tournament armour (for knights) weighed little more than 90 pounds (41 kg), and field (war) armour weighed between 40 to 70 pounds (18 to 32 kg). 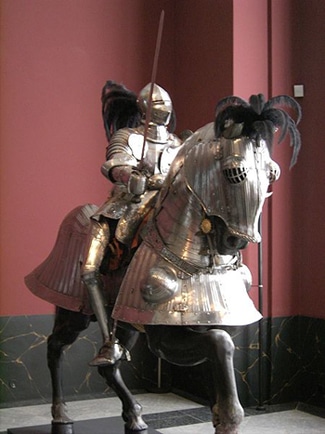 A sixteenth-century knight with a horse in full barding.

5. How much did both a suit of tournament armour for the knight and barding for the horse weigh all together? Give your answer in both pounds and kilograms.

Allowing for the weight of the rider and other equipment, horses can carry approximately 30% of their weight.

6. Using your answers from question 6, would a 1000 pound horse in full barding, be able to carry a 160 pound rider wearing tournament armour?

The medieval stables these horses were kept in are rare, probably because horses were often left outside on pastures during summer and stables were usually used as a winter refuge only.

The researchers, archeologists from Czechoslovakia, Australia and the United States, said the discovery of a Medieval stable presented a unique opportunity to study not only the architecture, but also stable maintenance and horse care.

Science Talk – archaeology: the scientific study of prehistoric peoples and their cultures by analysis of their artifacts, inscriptions, monuments, etc. 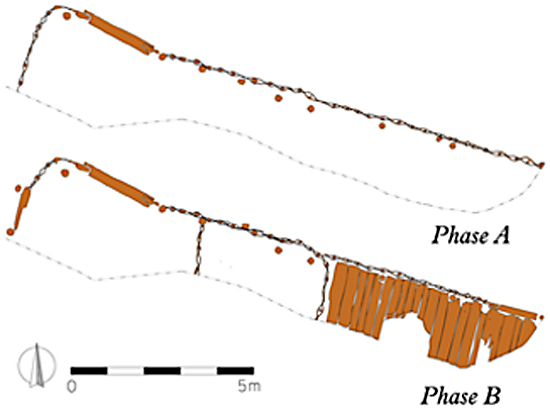 Diagram of the archaeological site.

In all, the stable was 14 metres long by 2.5 metres wide, but may have originally been larger. It appeared to have been built in two construction phases.

The roof of the building was supported by timber joists every two meters along the walls. The entrance was 1.6 metres wide.

8. How many timber joists were used to support the roof along the entire length of the stable? 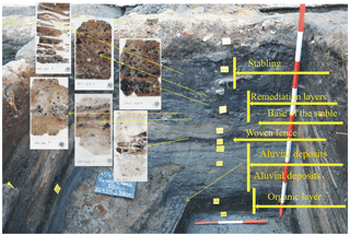 The infill at the stable site was 80 centimetres thick.

The researchers knew that horse hair grows at the rate of one millimeter each day. Knowing this they were able to determine the time period the section of hair represented.

9. How many days did the 3 cm section of horse hair take to grow?

Horse hair analysis suggested horses from different backgrounds were kept in the stable. They were fed meadow grasses as well as woody vegetation, millet, oat, and less commonly hemp, wheat and rye. 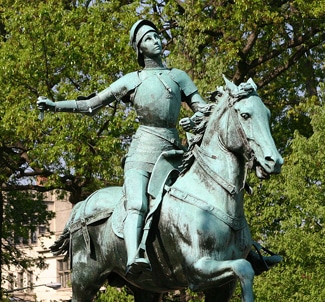 Joan of Arc lived in the 15th century.

In the second part of construction, it appeared it was completely rebuilt, with only the foundations re-used. The interior of the new building was divided by two partition walls to create three rooms. It is believed the building could have accommodated seven horses.

Two of the new rooms had a wooden floor. One probably served for superior horses or pregnant mares; the second as a preparation room, the researchers believe.

The organic layers deposited on the floor of the stable contained evidence of horses, with horse equipment such as shoes, bridle-bits, currycombs, buckles and spurs recovered.

The researchers suggested three possible purposes for the stable: for temporary accommodation of horses belonging to workers employed at the castle, courier horses, or horses used in battle.

8. How many timber joists were used to support the roof along the entire length of the stable?
Answer: 14 ÷ 2 = 7. Seven joists would have been needed.