You are here:
Horse ScienceNews & Stories 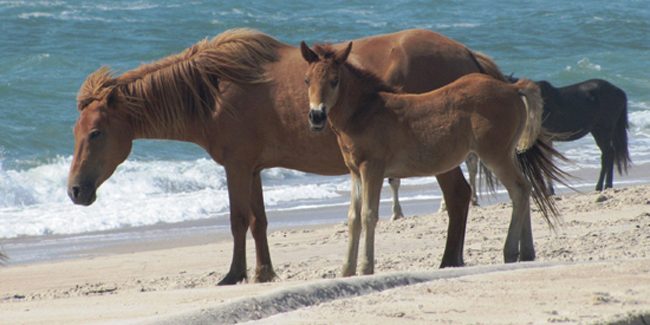 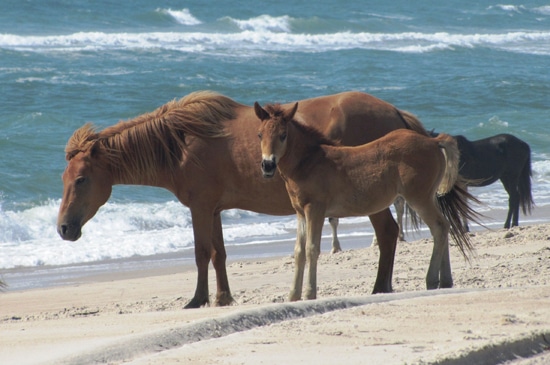 The latest addition to Assateague’s famed pony herd, N9BFQ-GL and his mom Harmony.

The latest addition to the Assateague pony herd was born sometime in mid-May. The sorrel foal was the first new edition to the wild pony herd in 2013. The National Park Service refers to him as, N9BFQ-GL.

Horse Talk: Sorrel – refers to a copper-red shade of chestnut with no black hairs and the same-color or lighter mane and tail.

The new foal was born to Harmony in a remote part of the island. Harmony also has an official number. Her number is N9BFQ-G.

The new foal’s current designation is taken from an alphanumeric system put in place by the National Park Service in the mid-1970s to track the lineage and ancestry of the wild horses and identify which sub-herd they belong to and the areas they frequent on the island. 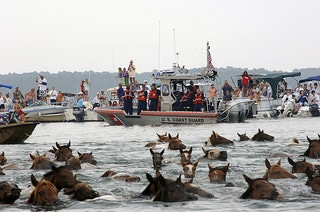 The alphanumeric system was developed by researcher Dr. Ronald Keiper. He began studying the Assateague horses in 1975 and developed a system that could identify, and trace the maternal ancestry of, each individual horse. (Maternal ancestry refers to the mother’s family line.) The system of alphanumeric identification numbers he came up with are now known as “Keiper numbers”.

1. Which letter in the new foal’s Keiper number, N9BFQ-GL, indicates the year she was born?

2. Harmony has the Keiper number N9BFQ-G. In what year was she born?

3. What is the Keiper number for Harmony’s mother?

4. In what year was Harmony’s mother born? 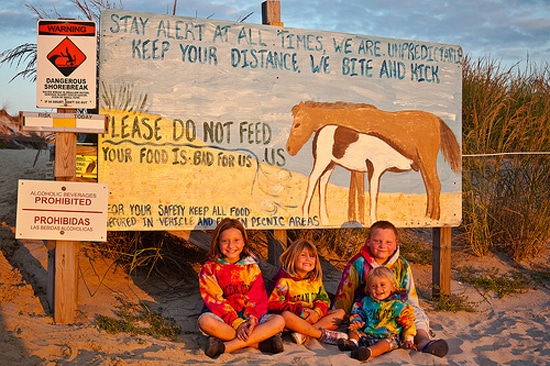 Horse Talk: A harem band consists of a dominant stallion and his mares and immature offspring.

Each of these bands was designated by the letter M, N or T.  The dominant stallion of each band was given the number 1, resulting in Keiper numbers M1, N1 and T1 for the stallions.  The other horses in each band were numbered consecutively beginning with 2 (M2, M3, N2, N3, T2, etc.).

5. In the new foal’s maternal ancestry, what is the Keiper number for the first mare numbered back in 1975?

6. How many generations are indicated in the new foal’s Keiper number?

1. Which letter in the new foal’s Keiper number, N9BFQ-GL, indicates the year he was born?
Answer: L

3. What is the Keiper number for Harmony’s mother?
Answer: N9BFQ

5. In the new foal’s maternal ancestry, what is the Keiper number for the first mare numbered back in 1975?
Answer: N9