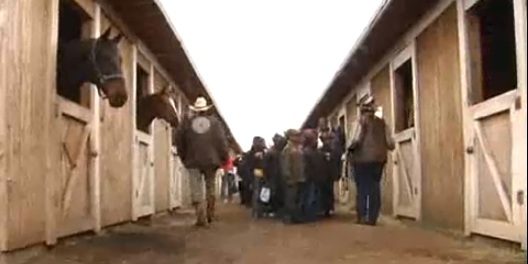 A central Harlem street was transformed into a rodeo for a few hours one day by a group of black cowboys wanting to expose city kids to something different and expand their horizons.

First, kids were given a lesson about the history of black cowboys. In the late 1860s, there were as many as 15,000 in the country. When it came to professional horse racing, some of the best jockeys were African American. Fifteen of the first 28 Kentucky Derbys were won by African American jockeys and five of the winners were trained by African Americans.

1. Of the first 28 Kentucky Derbys, what percentage of the winning jockeys were African American?

2. What percentage of the winning trainers were African American? 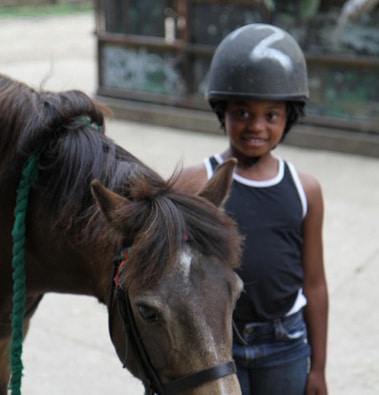 The Federation of Black Cowboys was formed in 1994 when a group of diverse men came together out of their common love of horses and their desire to share the forgotten legacy of the Black West. The Federation found a home at Cedar Lane Stables in 1997 and have been there ever since.

3. How many years has the Federation been at Cedar Lane Stables?

Gloria McCall of “A Family Affair 5,” a Queens stable she runs with her husband Frank, her daughter and her nephew said, “We want to explain the possibility of different careers. Some kids don’t ever get to see animals” she added as she helped place children onto the horses for pony rides.

From husbandry to being a veterinarian to making saddles or running a stable, there are dozens of careers involving working with horses, she said.

Want to see more pictures of the event and read the original article?

Interested in watching a video about the Federation of Black Cowboys?