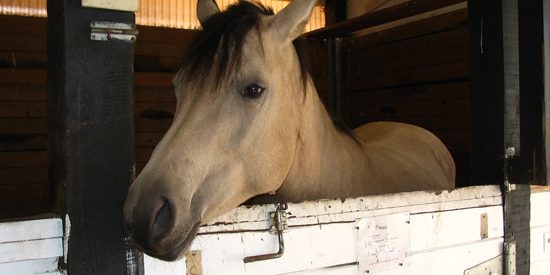 Is music played in your barn? Ever wonder if the horses like it? A study by researchers at Hartpury College in England found horses liked classical and country sounds more than they did rock and jazz.

To test the effects of different kinds of music on stabled horses, Clare Carter, a Bachelor of Science student, and her supervisor Linda Greening, studied eight Thoroughbred geldings that had been stabled for three hours.

1. All together, how much time was music played? Express your answer in both minutes and hours.

They also observed the horses’ behaviour for 30 minutes without music.

The researchers recorded detailed behaviour observations for each 30 minute segment; 120 behaviours per horse for each genre of music. They used an equine ethogram to determine what behaviours to look for. An ethogram is a catalogue of all behaviors or actions exhibited by horses.

2. For each horse, how many behaviour observations were recorded all together? Be sure to include the 30 minutes when music was not played. 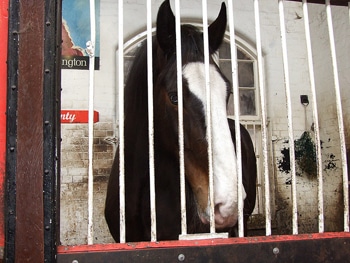 The pair determined that horses showed the same balance of restful and alert behaviours during classical and country music as they did when there was no music at all. But the difference between these kinds of music and silence was that with country, on average, the horses tended to eat more quietly (a natural behaviour that reflects calmness and good welfare, said Carter) than they did with silence.

On the other hand, jazz and rock music caused horses to display more frequent stressful behaviors (as compared to silence), indicated by stamping, head tossing, snorting, and vocalizing (whinnying), said Greening. They did not observe any of these behaviours in the horses when classical or country music was played or when there was no music. Carter also noted that while the horses still ate when listening to jazz or rock, they did so nervously, “snatching at food in short bursts,” she said.

Jazz seemed to bother the horses the most, according to Carter. “This might be due to the fast tempo and minor key,” she said. The researchers also recommended playing music at a volume – only 21 decibels – when in the barn.

3. How many more dB is the level of normal conversation as compared to the level of sound the researchers recommend for music in the barn?

In conclusion, said Carter, “The behaviours that horses showed while listening to classical and country music suggested that the music had an enriching effect on the environment of the stabled horse,” said Carter.

Further studies are planned for the future, the researchers said.

Photos:
Buckskin mare looking out of her stall window by Derrick Coetzee; CC BY 2.0
Monty the shire horse by Tamsin Slater; CC BY-SA 2.0