From Mexico to Canada on Wild Horses

On April 1, 2013, Ben Masters and three buddies saddled 12 wild mustangs and set out on a six-month, 3,000-mile journey from Mexico to Canada. They followed a patchwork of public lands from Nogales, Arizona, to Montana’s Glacier National Park, crossing the Grand Canyon and Yellowstone along the way. Only one of them had grown up on a ranch.

Ben was able to hire a three-person team of National Geographic cameramen to film the whole trip! The movie is titled ‘Unbranded‘.

They made the journey for two reasons: 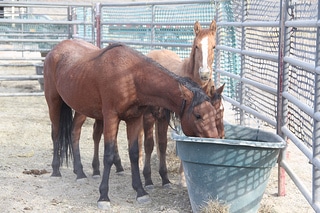 For the first time in U.S. history, there are more mustangs in captivity than in the wild.

The Bureau of Land Management (BLM) estimates that about 33,780 wild horses and 6,825 burros are roaming on BLM-managed rangelands in 10 Western states.

1. How many free roaming wild horses and burros are there altogether? Express your answer in word form.

2. How many horses and burros are in captivity? Express your answer in word form.

3. How many more horses and burros are in captivity then still in the wild? 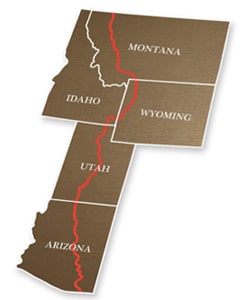 Ben broke the trip into 10 segments, with daylong rests at remote ranches. He bought 21st-century provisions like GPS systems and satellite phones along with traditional cowboy equipment like tungsten-carbide horseshoes and a Dutch oven. Still, he knew no amount of preparation could account for everything. “Yellowstone Park can shut down a trail we need for a week because a wolf kills an elk on it,” he says. “You’re going to come across barbed-wire fences, flooding rivers, and mountain passes with too much snow, but you’ve got to figure it out on the way.”

4. What day marked the beginning of the 21st-century? 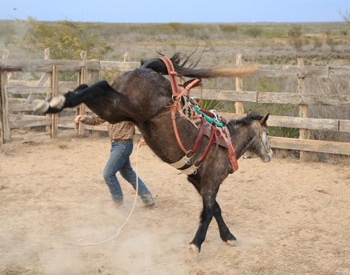 The young men found the mustangs gave a lot of resistance at first but when the horses realized Ben and his friends were not going to hurt them, they quickly developed trust.

For the journey’s final preparations, Ben spent weeks bonding with 12 mustangs through physical conditioning at a ranch in Laredo, Texas. While he bought pre-trained horses for $125 apiece, he still needed to prepare them for the weights they would carry on the journey. To do so, he placed a pack saddle and halter on each animal, letting it buck until it gradually became accustomed to the setup, at which point it could be ridden.

5. How much did the twelve horses cost altogether? 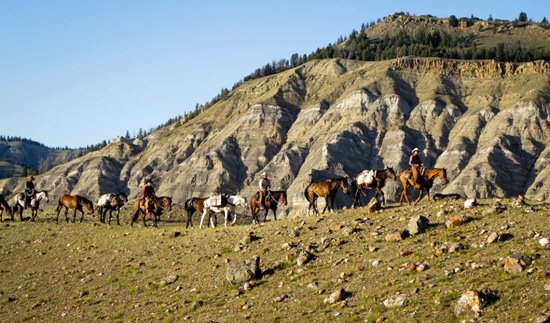 On the trail in Wyoming.

6. How many horses were used to carry packs?

When you are planning a long ride like this, being able to calculate the amount of supplies needed is very important. It is not possible to stop at a store and purchase what you forgot to pack! 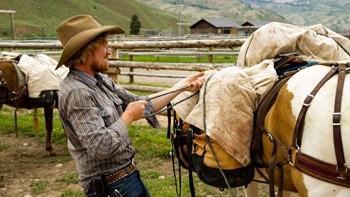 Each pack weighed 130 pounds and the supplies lasted 10 days.

7. How much weight did the pack horses carry altogether?

8. Calculate the average weight of the supplies used each day. 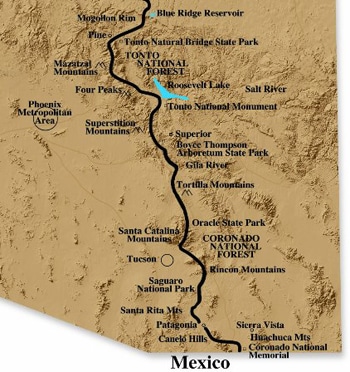 The ride began in southern Arizona. Here is the plan for Day 1:

Drive SE on FS road 48, turn left on 61.  Unload horses on the western edge of Coronado National Memorial and Coronado National Forest west of Montezuma Pass.  Travel South 3 miles to the Mexican border. (This was the official starting point. They had their picture taken at the fence marking the US/Mexican border.) Turn around and go back to the starting point.  Travel 14 miles along road 61 and 48 to Parker Canyon Lake.  Camp at Parker Canyon Lake Trailhead again.

10. According to the plan directions, how far did the horses and their riders travel on the first day? 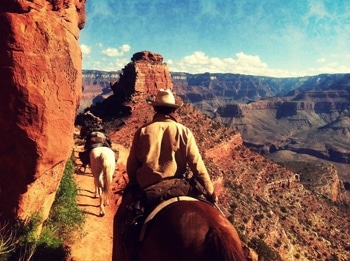 Along the Grand Canyon

For the length of the trip the riders and their horses averaged 20 miles a day. They relied on each other to survive, traveling an average of four miles an hour through dangers like southern Arizona’s 10-foot-tall cholla-cactus forests, the Grand Canyon’s 4,000-foot cliffs, and Utah’s high-mountain deep snows on their way to Canada. “When you ride through a rocky mountain pass where a slip of the foot means a 300-foot fall,” Ben says, “your mustang has to look at you and say, ‘OK, I’m going to do this because I trust you.” 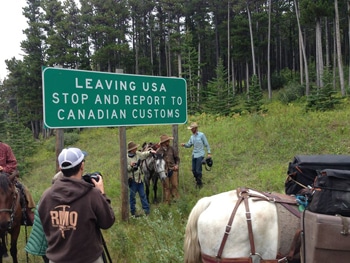 On September 6, they crossed the Canadian border.

11. How many days did it take them to finish the ride?

Here’s a short video where Ben and his friends talk about why they chose mustangs, clips of early days of training before the trip, then some incredible footage of the ride itself. It will leave you wanting more!

9. What does SE stand for in the first plans for Day 1?
Answer: Southeast