You are here:
Western 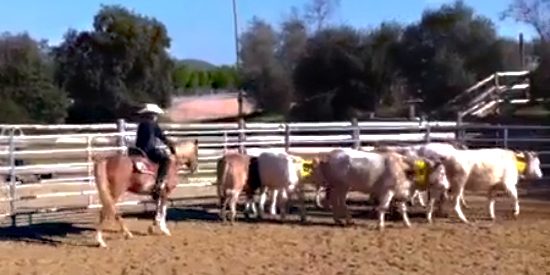 Ranch sorting is taking a chore common to cattle ranching and putting it into a competitive setting. Basically, you’re moving cattle from one pen to another, but with rules.

Ranch sorting is a timed event that consists of one, two or three riders on a team and eleven head of cattle that are numbered from 0 through 9.

The contest is performed in two pens with a 12 to 16 foot opening between them. Each pen is 50 to 60 feet in diameter.

1. What is the distance from the fence to the centre of a 60 foot pen?

2. What is the distance from the fence to the centre of a 50 foot pen?

Both pens are the same size and sorting can take place from either pen to the other. 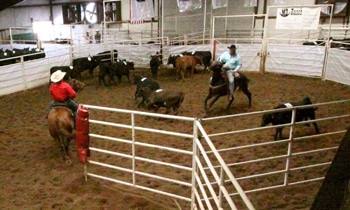 There are several variations that consist of one, two or three riders on the team and all require sorting the cattle in the correct order. If any cattle are sorted out of order, the team receives a no time.

This is often a family event. Competitors can be from beginners to the experts and just about every kind of horse can be found, from stock horses, to pleasure, and roping. Some people have even competed on a draft horse! But the principle behind it all is for everyone to learn how to sort and have a good time.

To start, the cattle are bunched in one of the pens. The judge signals the beginning of the run by dropping a flag when the nose of the first horse crosses the start/foul line. The announcer draws and announces a number, which determines the first cow to be sorted. The cattle must be sorted in increasing numerical order from that number into the opposite pen. The fastest time on the most head correctly sorted wins. Depending on the event, there is a 60, 75 or 90 second time limit.

3. If your team was given the number 9, what is the number of the next cow you will sort?

One horse and rider guards the opening between the adjoining pens, her job is to let only the right cattle through and keep the wrong ones from going through. The other rider cuts out the cow with the assigned number from the herd. Once the cow is cut and the rider guarding the gate lets it through to the empty corral, it’s on to the next cow and the work starts all over again with the two horsemen trading off positions. 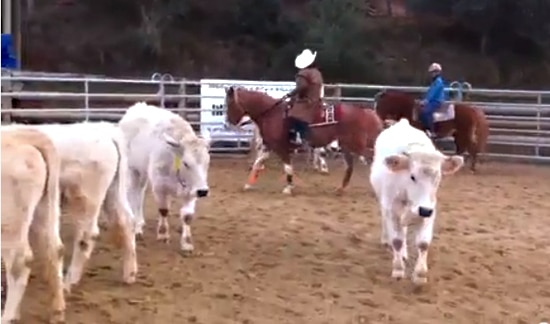 Problems arise often. The wrong numbered cow gets through or instead of just one head getting pass the gate guard, two, three and sometimes even four or five get through at one time – and that’s okay if the cattle go through in the right order, but of course they seldom ever do and the team is disqualified.

Sometimes a team might get the cattle moving from corral to corral in the right order but the time runs out, and it’s the same result, they are disqualified.

There are Youth National Championships. Points are awarded up to 10th place in competitions throughout the year depending on how many teams are competing. At year-end, points are totaled to determine the Youth Points Final standings.

4. How many points separated first and second place?

5. How many points separated the first place finisher from the two riders tied for 7th?

You can find out more about the growing sport of ranch sorting at Ranch Sorting National Championships, an organization with over 28,000 members, over 4,500 shows produced, and over 6,000 teams.

3. If your team was given the number 9, what is the number of the next cow you will sort?
Answer: 0 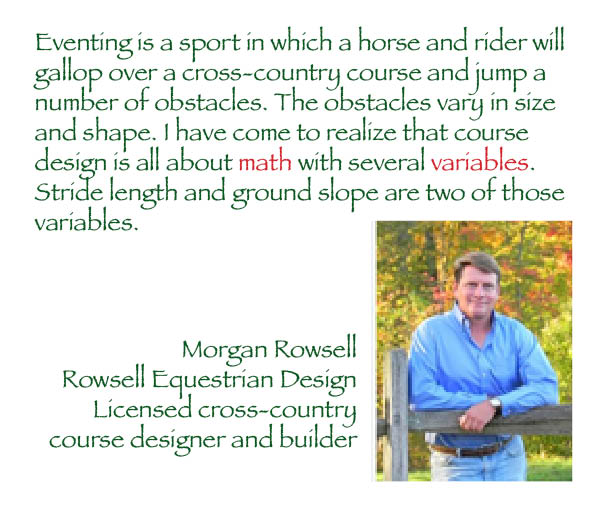