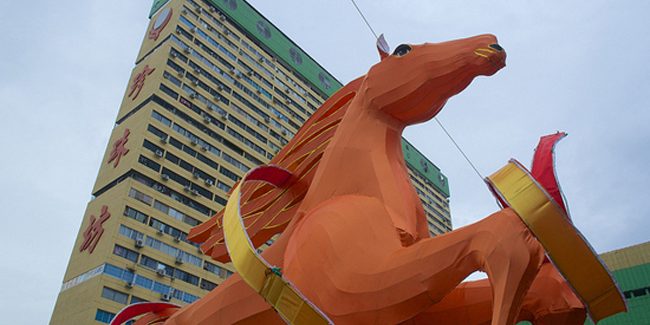 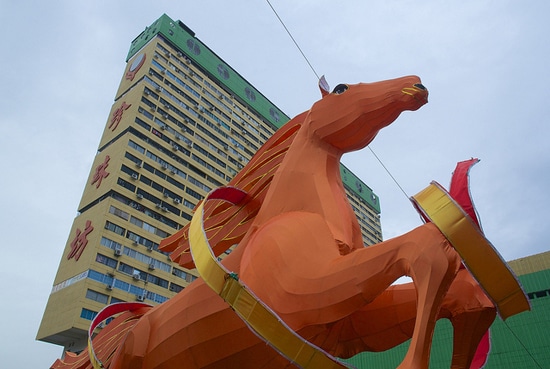 East Asian nations, including Korea, China, Japan and Vietnam, have a long tradition of associating each lunar year with one of the 12 animals under the Chinese zodiac – rat, ox, tiger, rabbit, dragon, snake, horse, goat, monkey, rooster, dog and pig. Guess what? We are about to enter the Year of the Horse! 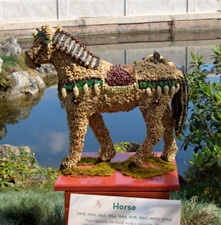 The Chinese calendar does not count years in an infinite sequence like we do in our calendars. We number each year and just keep counting as each new year arrives. This January is the first month in the year 2014.

2. In our calendars, what number year will next year be?

3. What year will it be a decade from now?

Instead, in the Chinese calendar system, each year is assigned a name made up of two parts and there is a 60-year-cycle to using these names. This sounds much more interesting than just a number! Let’s take a look at how they do it.

The first part of a year’s name is referred to as the celestial stem. This part of the name is taken from the following list: 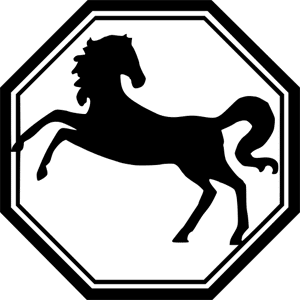 4. How many celestial stems are there?

A special animal makes up the second part of a year’s name. These animals also make up what is called the Chinese zodiac. Each animal is listed below: 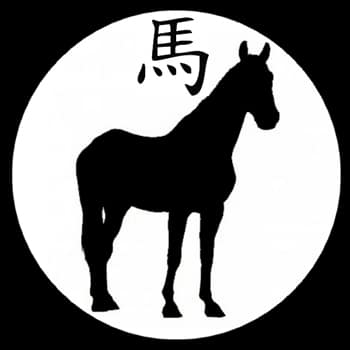 5. How many animals are in the Chinese zodiac?

Math Talk – sequence: Sequentially comes from the word ‘sequence’ which means an ordered set of numbers, shapes or objects, arranged according to a rule.

6. Following the sequence described above, what would the third year of the cycle be? 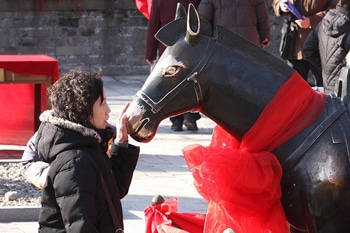 On the New Year, people touch this horse statue at a temple for good luck.

Because there are twelve animals in the list, every twelve years will be a Year of the Horse.

7. In what year was the last Year of the Horse?

8. In what year will the next Year of the Horse fall?

9. What animal was associated with the year just past, 2013?

10. What will the year following the Year of the Horse be called?

It is believed that people born in the year of horse are open-minded, optimistic and outgoing. They are also said to be humorous and attractive, and that when they have a goal, they tend to devote themselves to achieving it without changing course.

Were you born in a Year of the Horse?

11. How would you figure out what animal corresponds to your birth year?

4. How many celestial stems are there?
Answer: 10

5. How many animals are there in the Chinese zodiac?
Answer: 12

6. Following the sequence described above, what would the third year of the cycle be?
Answer: Bing-Yin

9. What animal was associated with the year just past, 2013?
Answer: Year of the Snake

10. What will the year following the Year of the Horse be called?
Answer: Year of the Sheep

11. How would you figure out what animal corresponds to your birth year?
Answer: Starting with the horse, representing the year 2014, count back through the animal list the number of years old you are. When you get to the top of the list, continue counting from the bottom. Say you are 10-years-old in November, 2014. Starting with horse (1), and counting up, snake would be 2, dragon is 3, …rat is 7, boar/pig 8, dog 9, monkey 10. You were born in the Year of the Monkey.

Of course if you are 12-years-old that’s easy. You know the animal names associated with the years in a Chinese calendar are a 12-animal sequence. So every 12 years the names repeat themselves. You don’t have to count back! You were born in a Year of the Horse!