Will There be Another Triple Crown Winner? 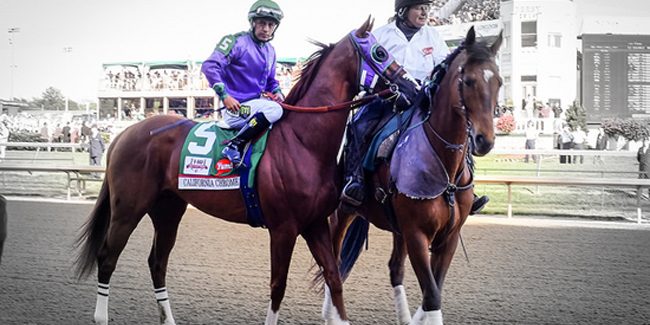 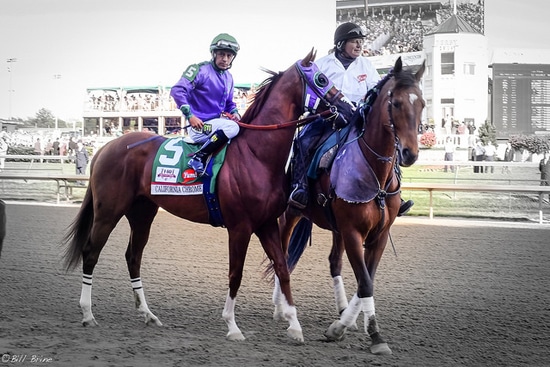 Thoroughbred racing is popular in many different countries in the world and each nation has their own Triple Crown series. 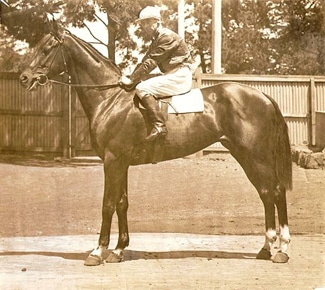 England has the 2,000 Guineas Stakes, the Epsom Derby and the St. Leger Stakes. Australia has the Randwick Guineas, The Rosehill Guineas and the AJC Australian Derby. Canada has a Triple Crown series, as does Argentina, India and many more.

The final stage of the U.S. Triple Crown, the Belmont Stakes, will take place this weekend in New York and everyone is wondering, will there be a Triple Crown winner this year?

The last time there was a U.S. Triple Crown winner was in 1978, when Affirmed won the Kentucky Derby, the Preakness and the Belmont Stakes.

1. How many years ago was the last U.S. Triple Crown winner?

In the 1970s, there were three Triple Crown winners: Secretariat, Seattle Slew and Affirmed. Since then, a dozen horses have come close. 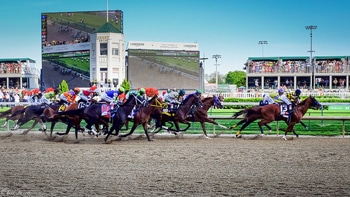 This year’s Kentucky Derby with California Chrome running in third.

All Triple Crown races are for three-year-old horses only. California Chrome was born on:

This year, California Chrome won the first two races of the U.S. Triple Crown. Twenty horses competed in the Kentucky Derby, the first race in the series, which was held on Saturday, May 3.

Eleven horses are entered in this coming Saturday’s Belmont Stakes.

3. How many weeks has it been since California Chrome won the Kentucky Derby?

4. How many more horses ran in the Kentucky Derby than are running in the Belmont Stakes? 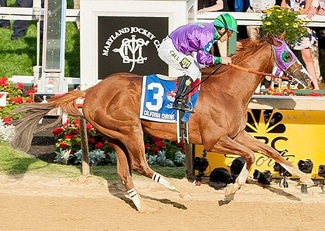 The Belmont Stakes is the longest of the three U.S. Triple Crown Races at 1½ miles.

The Kentucky Derby is 1¼ miles.

5. How much farther will the horses have to run in the Belmont Stakes?

6. Is the Preakness Stakes longer or shorter than the Kentucky Derby?

A week ago, in preparation for the Belmont, California Chrome ran four furlongs in a time of :47.69.

7. How would you speak this time aloud?

Horse Talk – furlong: a furlong is a measure of distance in horse racing where 1 furlong = 200m or 1/8 of a mile 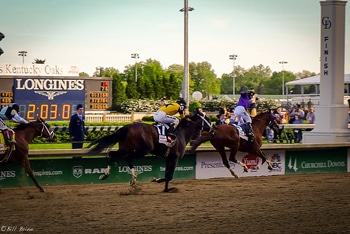 California Chrome crosses the finish line in the 2014 Kentucky Derby.

He continued to run and was clocked at :59.93 for five furlongs.

8. How long did it take him to run the fifth furlong?

His trainer, Art Sherman said the team has done everything possible to have Chrome ready for the challenge of three races in five weeks.

“It’s up to the horse. I think the horse is good enough,” he said. “We will find out Saturday.”

I don’t know about you, but I’ll be very interested to watch what happens this coming Saturday. The U.S. could have another name to add to its list of  Triple Crown champions.

If you haven’t watched the 2014 Kentucky Derby already, check out California Chrome’s winning run before you racing on to check your answers.

Will There be Another Triple Crown Winner – Answers:

2. In what month was he born?
Answer: This date is written in metric notation, with the year written first, followed by the month and day of the month. California Chrome was born in the month of February.

3. How many weeks has it been since California Chrome won the Kentucky Derby?
Answer: There will have been five weeks in between the races.

7. How would you speak this time aloud?
Answer: forty-seven and sixty-nine hundredths of a second.