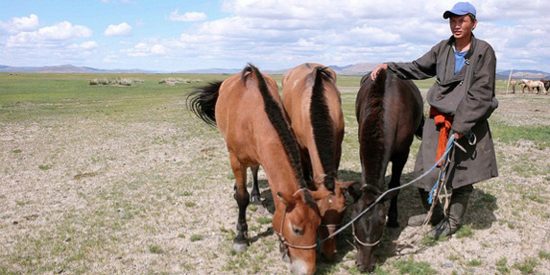 Clansmen and monks in the Upper Dolpa area of Nepal first gathered eight centuries ago to pray, feast, fight over property and compete for the title of fastest horseman in the Himalayas.

1. How many years are in eight centuries?

They have met every 12 years since in the Tibetan Year of the Dragon for a festival in modern-day Nepal centred around the world’s highest horse race. The Shey Dragon Festival is among the last of the great Himalayan clan gatherings that hark back to a time when warring tribes agreed to stop fighting over a week-long period and to take their disputes instead to the sporting field.

2. In the eight centuries since the race began, how many times has the race been run?

Around 50 competitors participate from tiny villages dotted all over the Himalayas. The perilous course is a narrow strip of rocky river bed 4,300m above sea level in the world’s tallest mountain range. 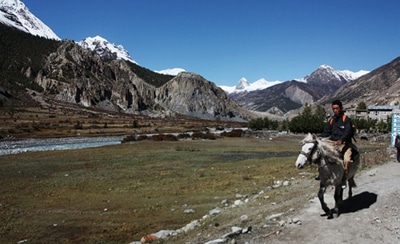 The Trail to Manang along the Annapurna circuit in Nepal.

A horn signals the start and men in silk head dresses, leather coats lined with yak fur, golden chains with icons of their gods swinging from their necks gallop away on their ornately adorned ponies.

The eight furlong course is a ravine studded with boulders, ditches and a stream of treacherously cold water.

It is not long before accidents start happening. After the half-way turn three of the runners lose their balance, stumbling on the rocks along the jagged bed of the stream before a pile-up takes out another five near the end.

5. How many furlongs into the race is the half-way turn?

The winner is a 23-year-old farmer named Tenzin Gurung from the neighbouring former kingdom of Mustang, whose mount, a chestnut brown Tibetan pony called Tika, has run the race of her life.

He is allowed to keep what he can pick up without dismounting or slowing down and manages to bend down and scoop up 3,000 rupees, enough in the remote Himalayas to pay for a child’s education for a year.

6. Calculate how much Gurung and Tika won in dollars.

Photos:
The fastest Horses we had all race by nick farnhill; CC BY-SA 2.0
The Trail to Manang by Bryan_T; CC BY-ND 2.0