Horses Can be Overweight Too 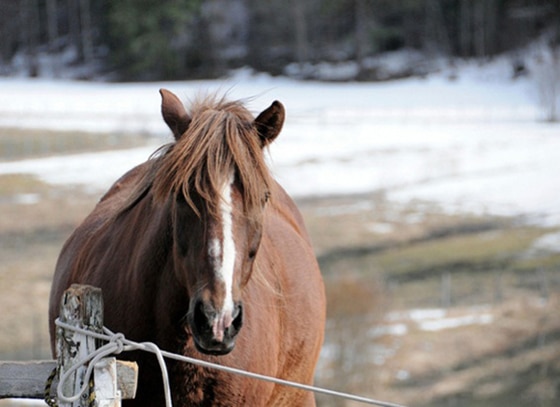 Obesity is likely to be just as common in horses as it is in the human population.

A University of Nottingham study found that at least one in five leisure horses was overweight or obese. Owners were likely to underestimate their horse’s body condition score.

Body Condition Scoring (BCS) is a system of evaluating a horse’s level of body condition (amount of stored fat) and assigning a number score.

1. According to the study, what percentage of leisure horses are overweight?

Veterinary student Helen Stephenson assessed the prevalence of obesity among horses whose owners were registered with an equine veterinary practice.

Questionnaires were sent to five hundred horse owners, 32% were returned. None of the horses was kept for breeding, livery, riding stables, or competition, so all were classed as being used for leisure only.

2. How many questionnaires were returned?

One in five owners indicated that their horses were either overweight or obese.

The owners were asked about their perceptions of their horses’ body condition, and asked to score this from zero to five, with a score of more than three indicating overweight.

The researchers then assessed the body condition of 15 randomly selected horses to see if the owners had under or overestimated the horse’s weight.

Based on the researchers’ findings, the authors estimate that the true prevalence of overweight/obesity was likely to be 54% rather than the 20% indicated by the questionnaire responses.

3. Using the researchers’ findings, in a population of 37 leisure horses, how many would you estimate to be overweight?

3. Using the researchers’ findings, in a population of 37 leisure horses, how many would you estimate to be overweight?
Answer: 37 x .54 = 19.98. Approximately 20 horses would be overweight.